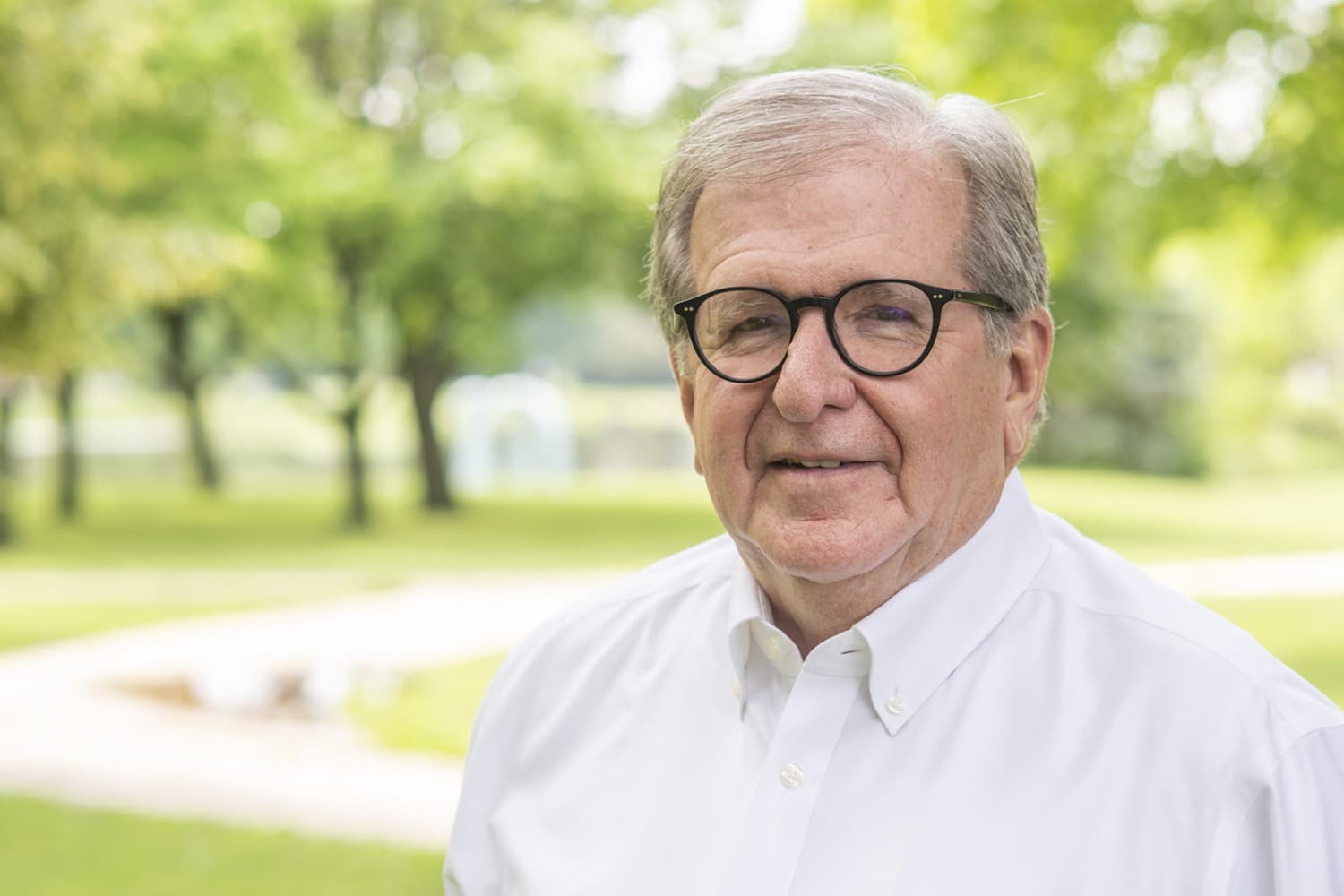 Murray Wise has over 40 years of experience in global agriculture and land markets. During the farm recession of the mid-eighties, he saw the opportunity in farm asset management and pioneered the notion of agriculture as an investable asset class. With a core client group formed by institutional investors and pension funds, Murray managed one of the largest global portfolios of agricultural land.

Murray attended Iowa State University, receiving a B.S. in Agriculture before returning to Southern Ontario to continue farming at the onset of his career. He also received a MBA from the University of Illinois and has received an honorary degree from Parkland College.

His passion for and knowledge of farmland investments has been the most important factor in his continued success. Murray has been honored with the V Dale Cozad award for his achievements in entrepreneurship in Champaign, IL. He has written two books on the subject of investing in farmland, and has been a guest speaker at Iowa State University, University of Illinois, Purdue University, and Parkland College. In 1998, he founded the Murray Wise Foundation which provides scholarships to students studying agriculture in higher education. 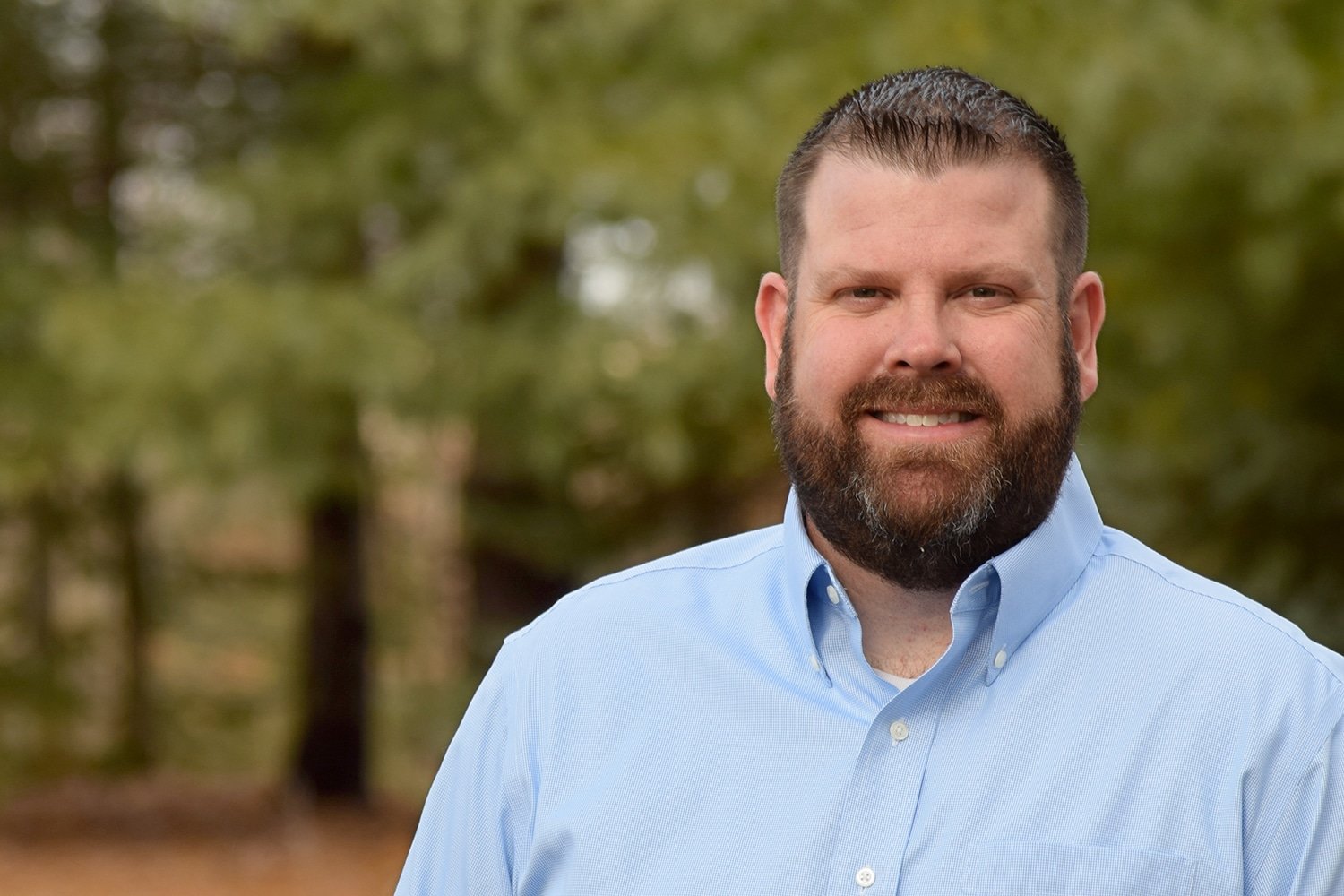 Eric is the President of MWA and joined MWA in 2019. His specific experience has lent itself well in his role with marketing – especially with brokerage and auction sales. As an integral part of the firm and with a solid background in farm management, Eric oversees and contributes to all divisions within MWA. His experience spans more than 15 years of selling, acquiring, managing, and valuing farmland.

Prior to joining MWA, Eric was the director of acquisitions and management for the Midwest for Farmland Partners, Inc. where he oversaw a seven-state region and managed nearly 50,000 acres, including both row crops and specialty crops. He also directed multiple acquisitions, including a 22,000-acre purchase in Illinois. Before that, Eric was the Vice President at The Loranda Group, Inc. where he supervised the marketing for Midwest auction and brokerage sales.

Eric is a licensed real estate broker and auctioneer. He received his B.S. in Agribusiness, Farm and Financial Management from the University of Illinois, Urbana-Champaign. He has completed a number of professional development courses and was a member of the 2011 class for the Illinois Farm Bureau Ag Leaders of Tomorrow (ALOT). 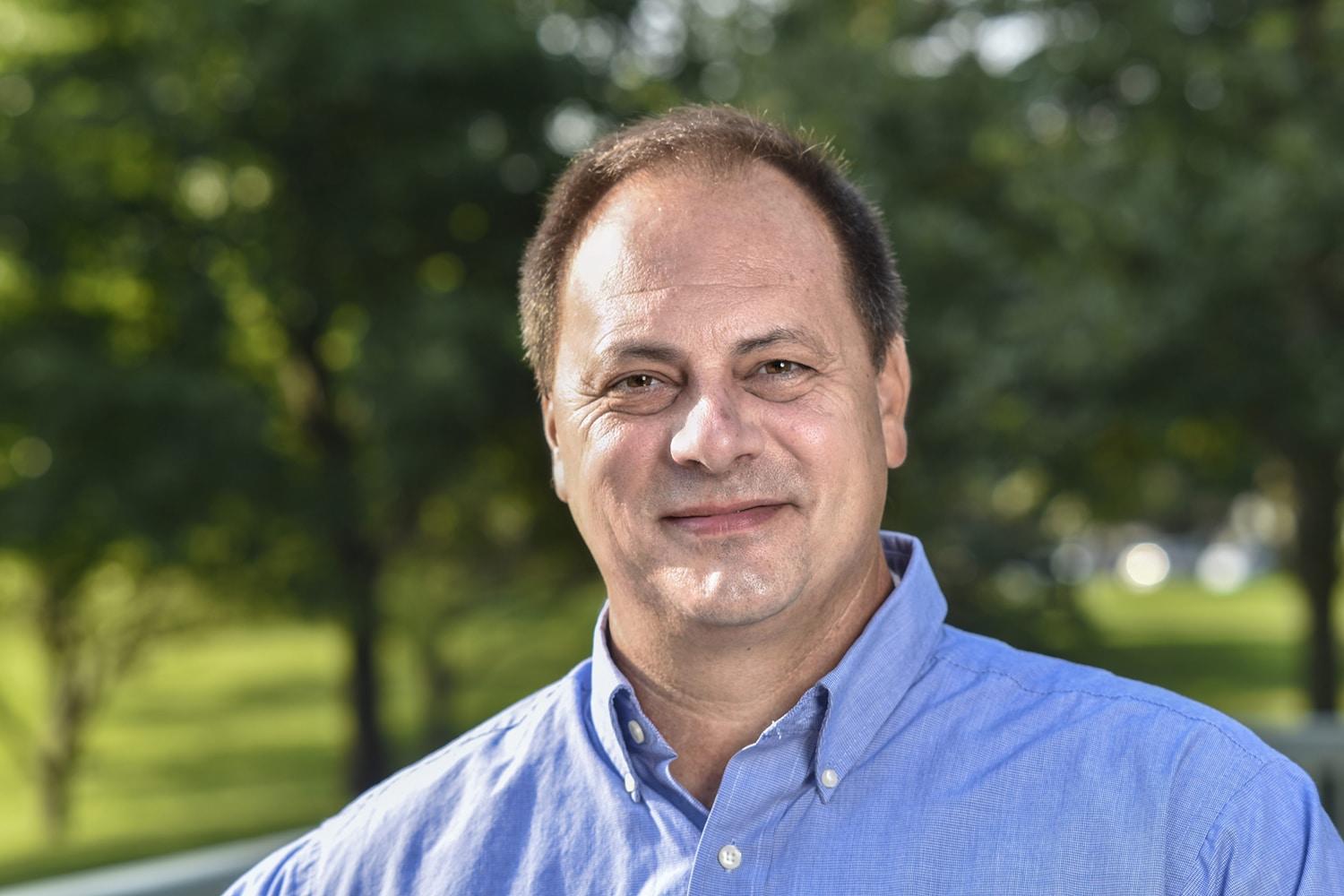 Jeff joined MWA in 2011 as Chief Operating Officer (COO) to manage the financial and administrative operations for Murray Wise Associates. Prior to joining MWA, Jeff held executive finance positions in companies operating primarily in the construction/real estate development industries. He brings more than 30 years of experience to MWA.

Jeff is responsible for the financial statements, budgeting, accounting, and banking relationships for the MWA group of companies. His administers and oversees the financials for the MWA employee’s retirement plan and the MWA Foundation, as well as for more than 60 farms owned by MWA clients. He is responsible for maintaining the regulatory reporting requirements in each state where MWA is active. Jeff also provides leadership for daily administration items such as maintaining employee records & benefits, corporate building leases, corporate insurance, and more. Jeff draws off of his past experience in multi-location work environments to manage communication and information flow that enhances corporate cohesion between operating and geographic divisions alike.

He received a B.S. in Accounting from Illinois State University. 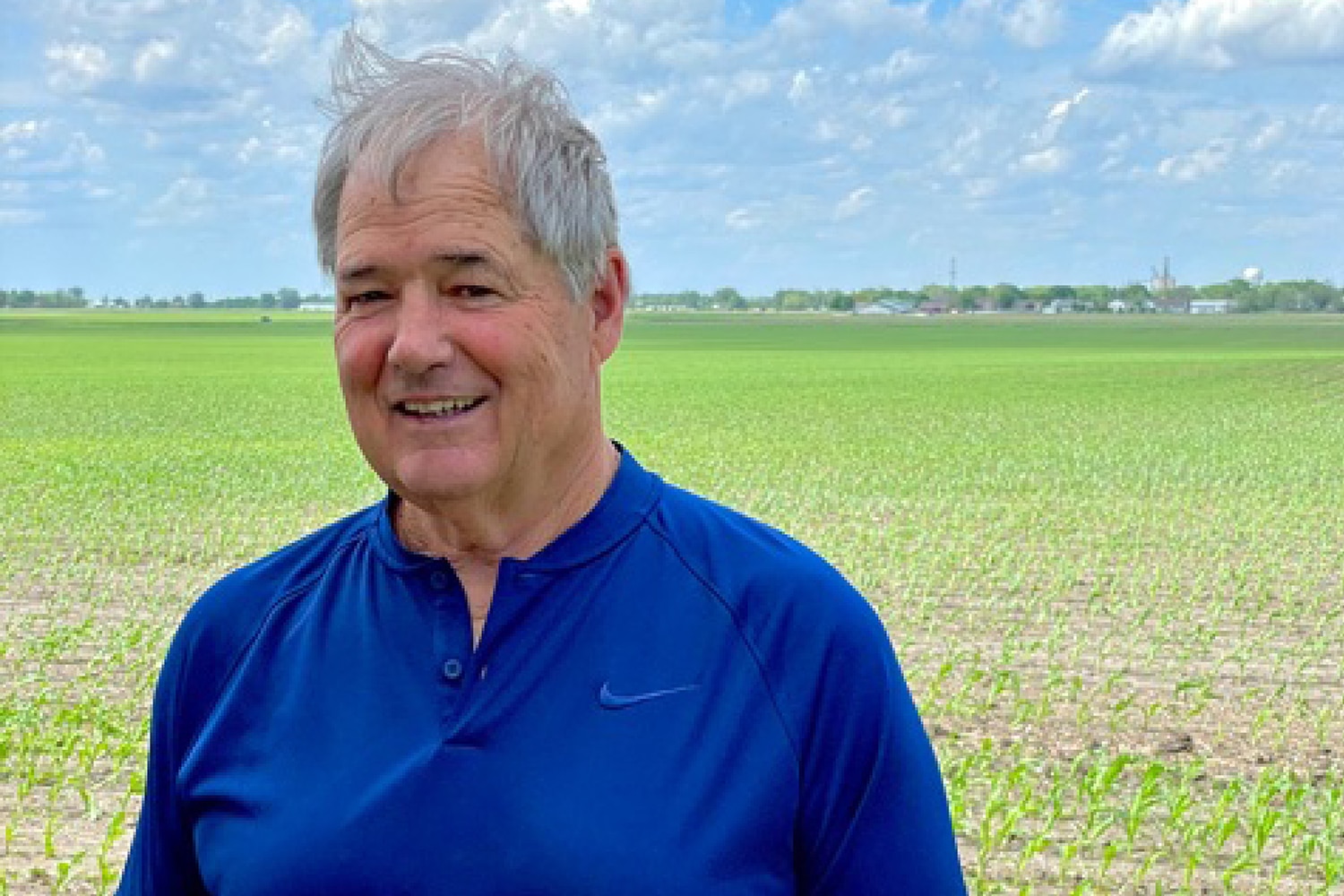 John joined MWA’s predecessor company in 1989. He was instrumental in acquiring row crop producing acres in the Midwest, Plains, and Western States. He operates MWA’s Clarion, Iowa office. With more than 40 years in the agriculture industry and 30 years experience with MWA, Kirkpatrick has built a reputation as a strategic and creative marketer of farmland. With a wide range of talents and skills, he currently serves as an advisor to farmers and investors on the purchase, sale and management of farmland throughout the Midwest.
Kirkpatrick’s accomplishments can be attributed to relationships he has developed throughout the Midwest and his commitment to individual buyers and sellers. John specializes in farmland marketing through private treaty and public auction, farmland acquisition for institutional investors, livestock facility sales and acquisition, tax exchanges, and feedlot layout. He currently manages over $200M of land in Iowa and Illinois and has bought, sold, and managed hundreds of thousands of acres of agricultural properties during his tenure with MWA, building relationships across the country. 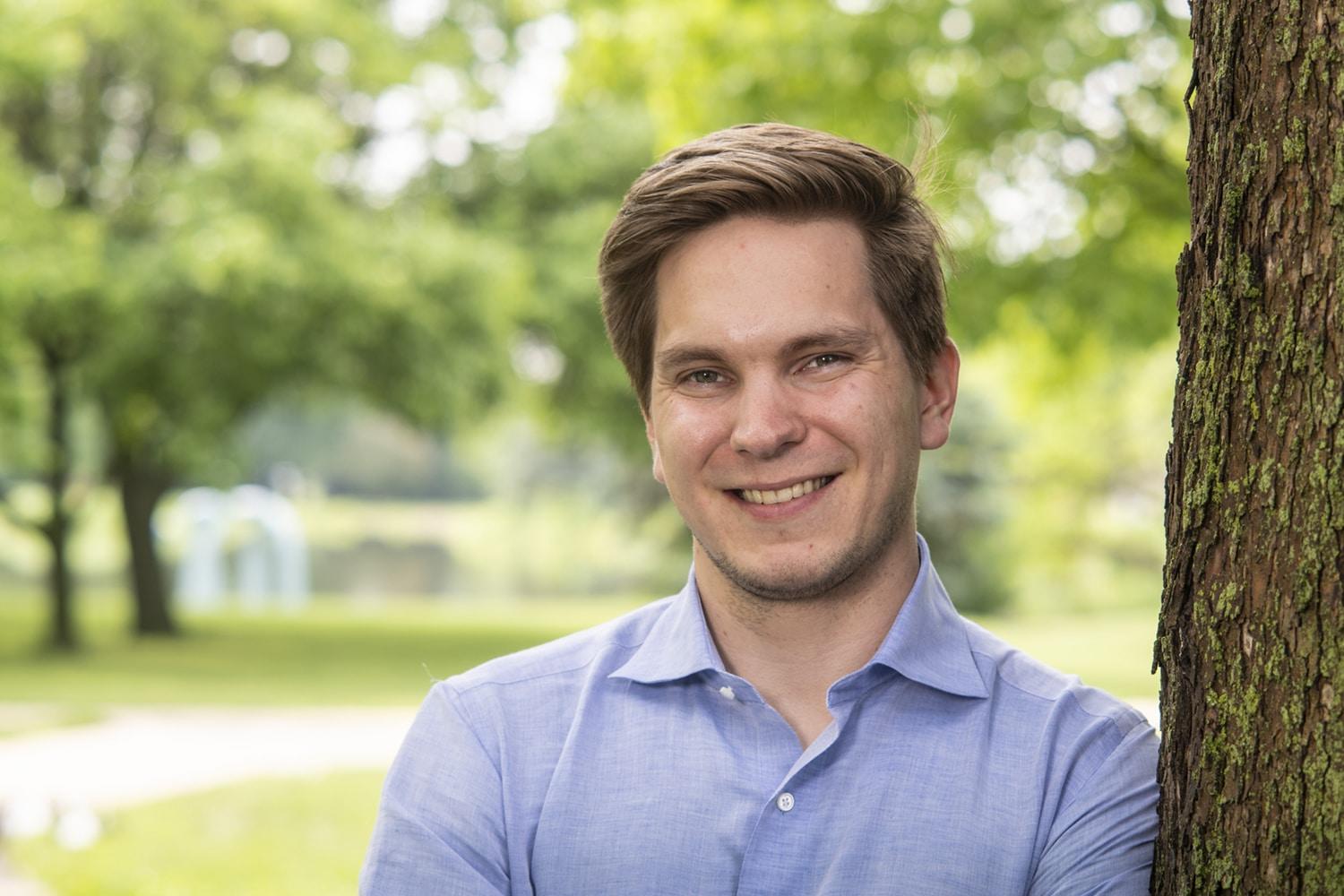 Harrison is a Vice President at MWA. He has been with MWA since 2013 and has been involved in over $750 million worth of agricultural transactions across the United States in both buy and sell side roles; including sourcing properties, gathering and reviewing due diligence materials, researching water rights, financial modeling, and developing marketing materials. Harrison has worked on projects involving both permanent and row crop properties producing a wide variety of crops as well as a number of large agricultural bankruptcies in which Murray Wise Capital was involved.

Harrison is in charge of compiling the information and developing the property investment reports for the properties MWA manages. He is also a licensed drone pilot and is responsible for filming & analyzing aerial footage of properties that MWA acquires, manages and sells.

Harrison is a licensed real estate broker. He received his B.S in Business Administration with a specialization in Finance from Illinois Wesleyan University. 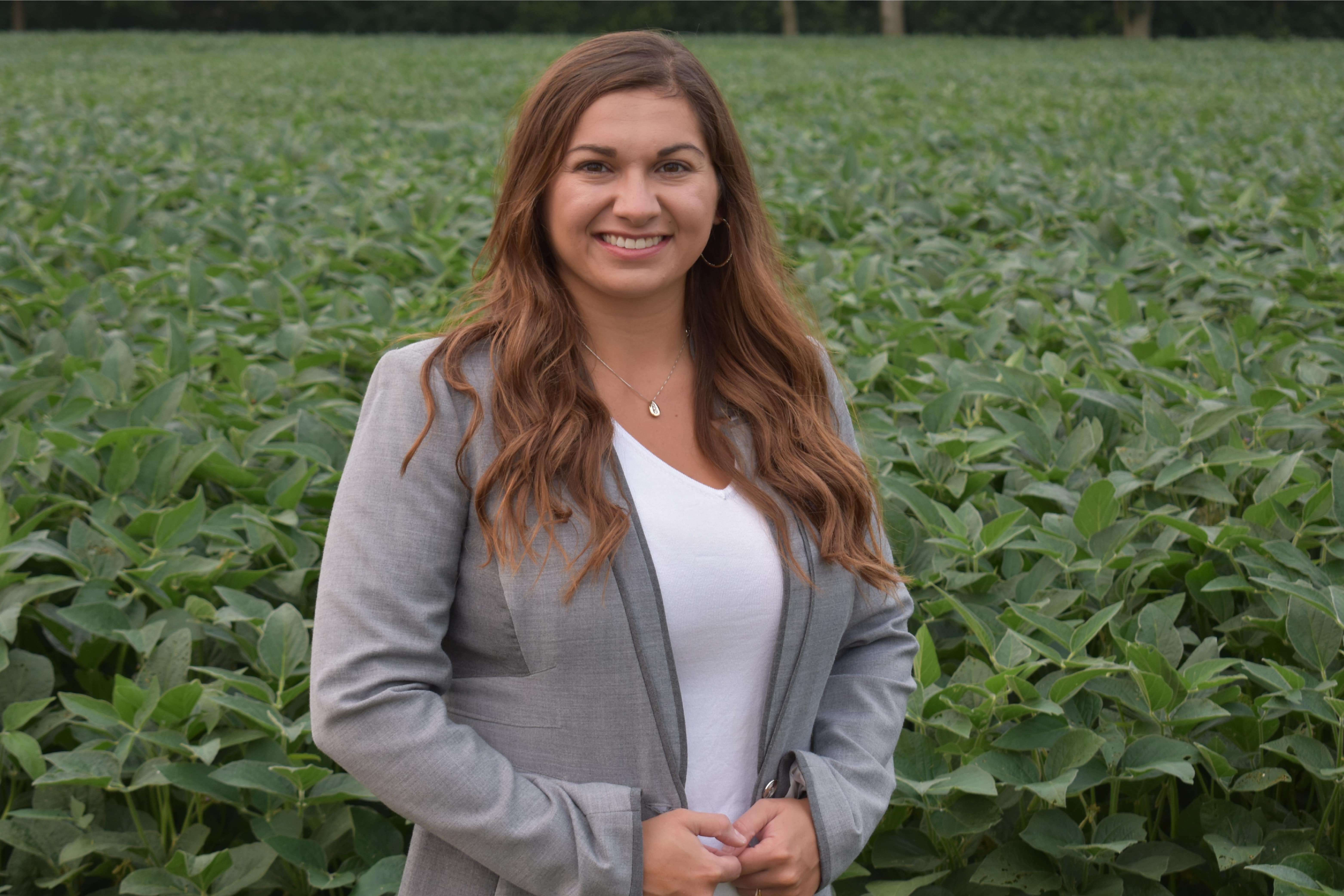 Prior to joining MWA, she served as a Professional Farm Manager and Real Estate Broker for Hertz Farm Management Inc. where she managed nearly 19,000 acres across the state of Illinois. She has collaborated with farmers and landowners to meet the owners goals and financial objectives. Elizabeth also bought and sold farmland across the Midwest for her clients.

Elizabeth is an Accredited Farm Manager (AFM). Elizabeth serves on local boards for American Society of Farm Managers and Rural Appraisers and is on the Board of Directors for the Illinois Realtors Land Institute. She is a licensed Real Estate Broker in Illinois, auctioneer and licensed drone pilot. She grew up on a corn, soybean and cattle farm in Toulon, Illinois. Elizabeth received her Associates from Black Hawk Community College. She further continued on to receive her B.S. in Agricultural Business and Agronomy from Iowa State University in Ames, Iowa. 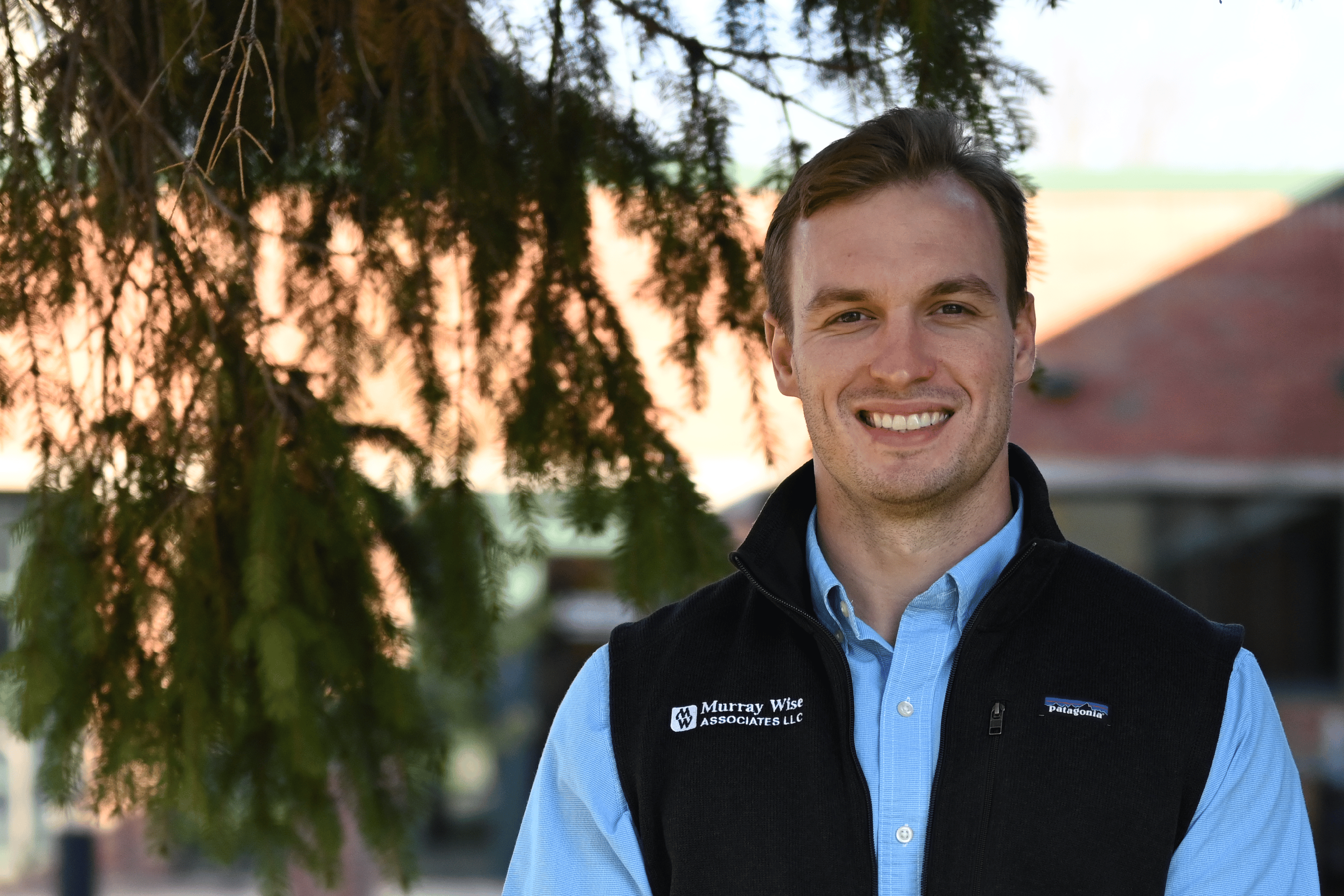 Prior to joining MWA, Austin served as a Professional Farm Manager and Real Estate Broker for First Mid Ag Services. He bought, sold, and managed farmland for a diverse group of clients across Illinois. He assisted with auctions and served on multiple internal committees for the company.

Austin is a licensed Real Estate Broker in Illinois and Indiana, a licensed drone pilot, and is a member of the American Society of Farm Managers and Rural
Appraisers. He is currently working towards completing his Accredited Farm Manager designation. Austin was raised on a grain farm near Melvin, Illinois, and received a B.S. in Agribusiness from Illinois State University 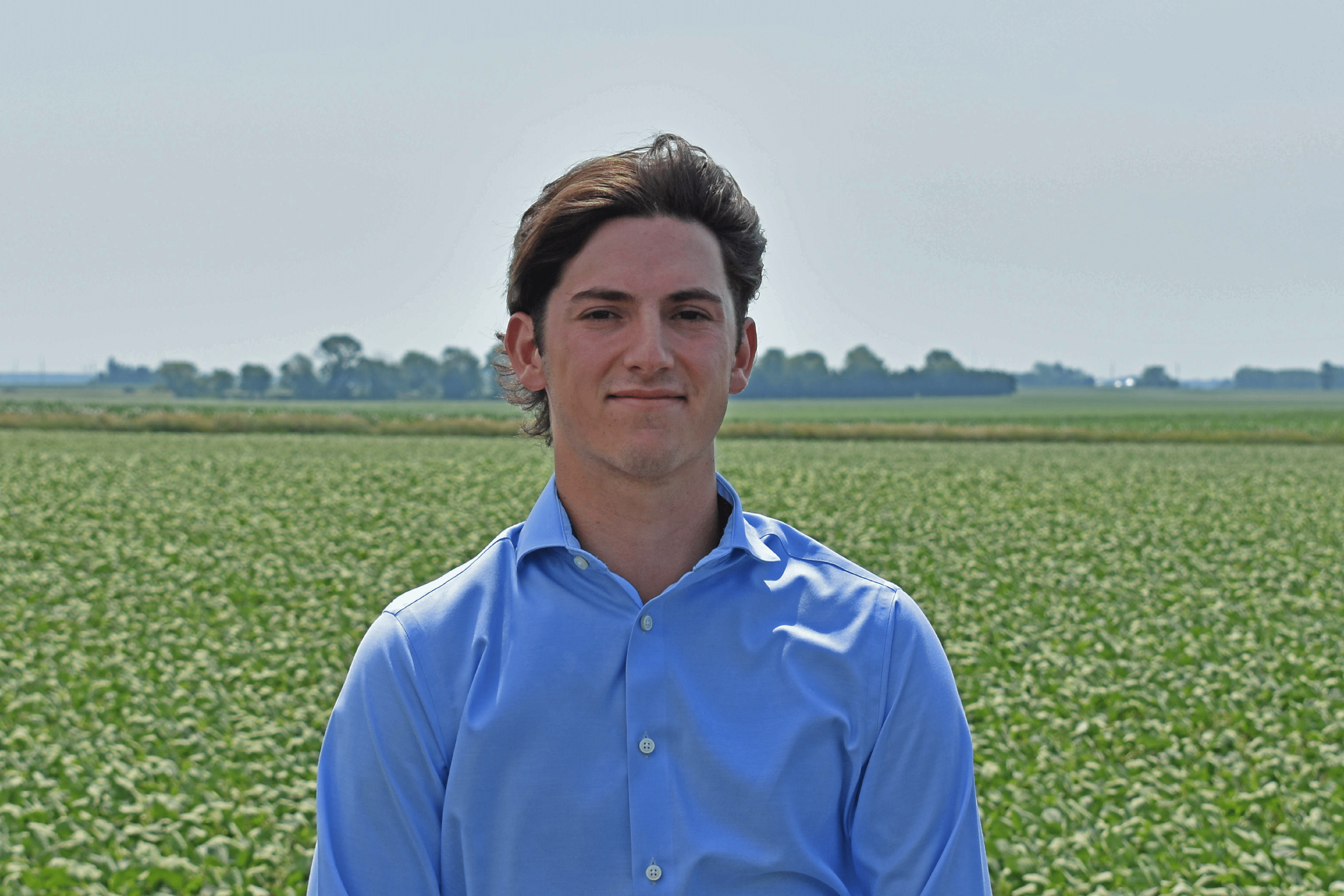 Clayton is a Senior Associate at MWA. He has been with MWA since 2021. Clayton assists in marketing efforts for auctions, farm management, budgeting, and financial reporting. Clayton also assists in the financial advisory services of Murray Wise Capital.

Prior to joining Murray Wise Associates, Clayton was studying at Illinois Wesleyan University in Bloomington, IL where he earned his degree in accounting. He is a native of Central Illinois and he grew up on a family farm just outside of Arcola. Clayton has deep ties to the local community and is very passionate about agriculture. 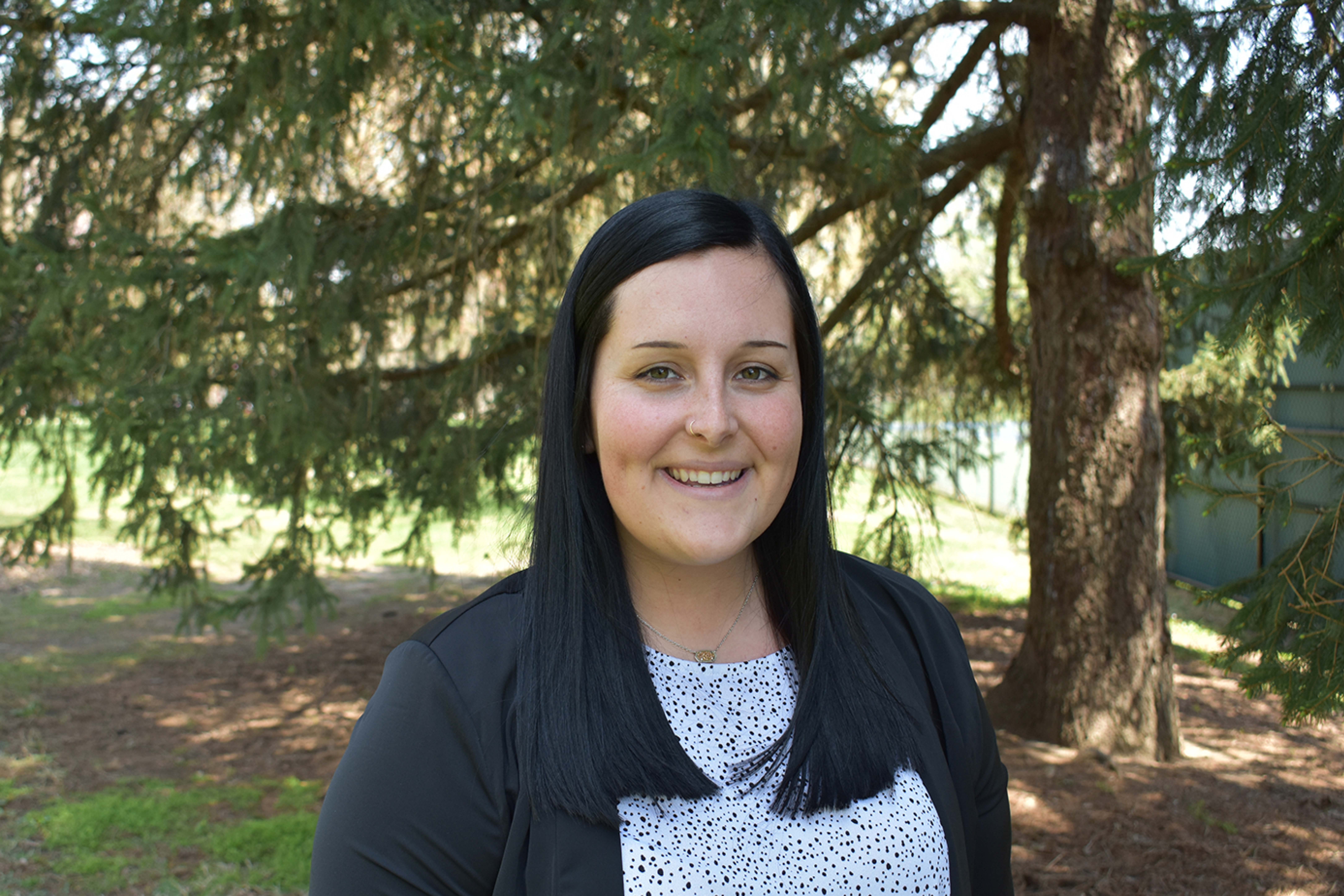 Calli is a Senior Associate at MWA. Calli’s agriculture industry experience and education make her a great asset to the team. Calli is responsible in assisting with farm management, auction marketing efforts, and real estate. She joined the team at MWA in December of 2021.

Calli studied at Illinois State University to receive her B.S. in Agribusiness. While in college Calli held multiple intern positions in the agriculture industry, including Compeer Financial, Illinois FBFM, and The Loranda Group. Calli was born and raised in Central Illinois and has deep agricultural roots. She is a member of the Illinois Society of Professional Farm Managers and Rural Appraisers and a licensed drone pilot. Calli is a licensed Real Estate Broker in Illinois. 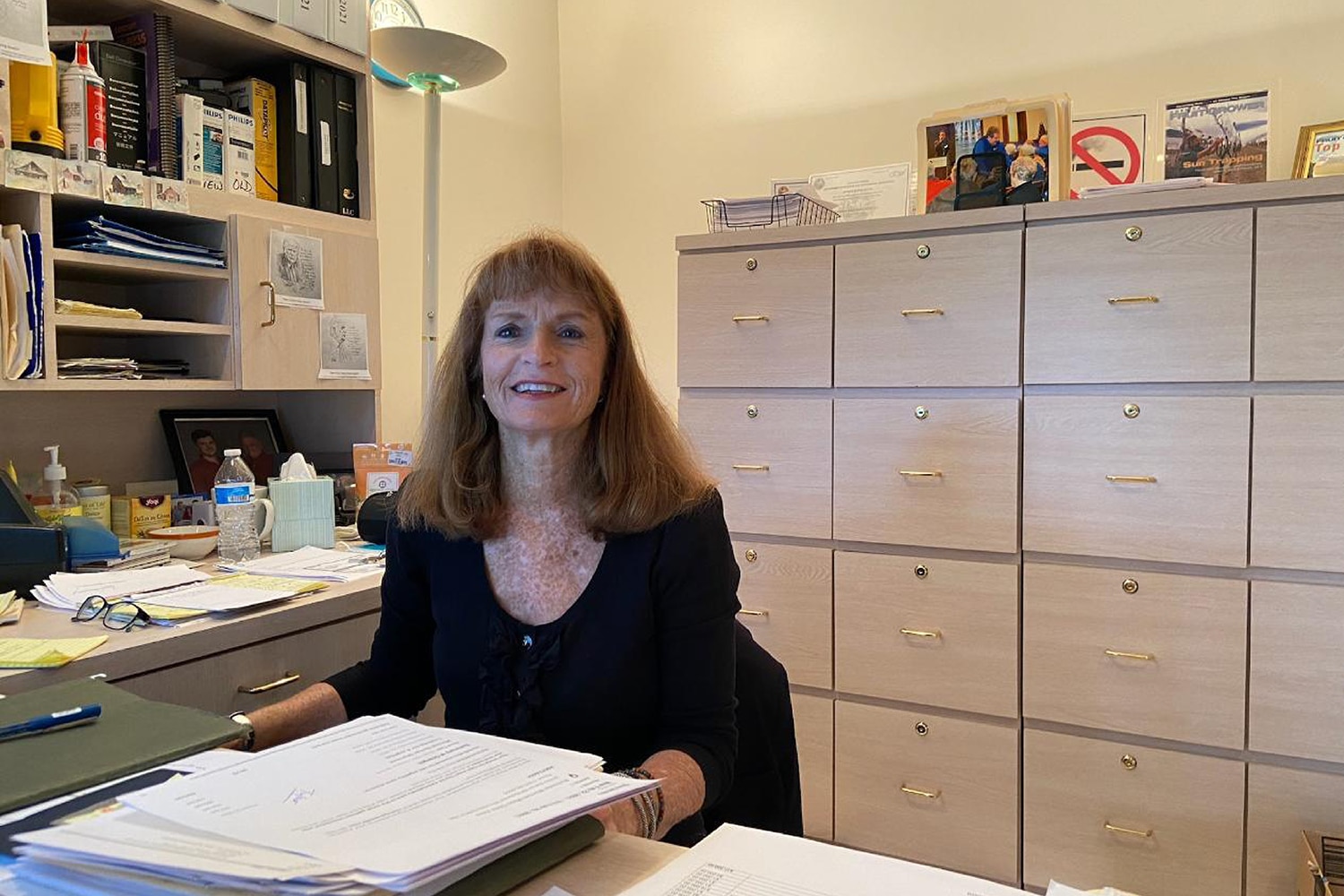 Jamie is the Executive Assistant and Office Manager for MWA’s Florida office. She has been with the company for 30+ years. Jamie is also the Corporate Secretary and is responsible for all annual filings and records. She also facilitates monthly pipeline meetings. Jamie manages the MWA Foundation Scholarship program and is responsible for overseeing candidate selections.

Jamie is a licensed real estate broker in Florida and Illinois. 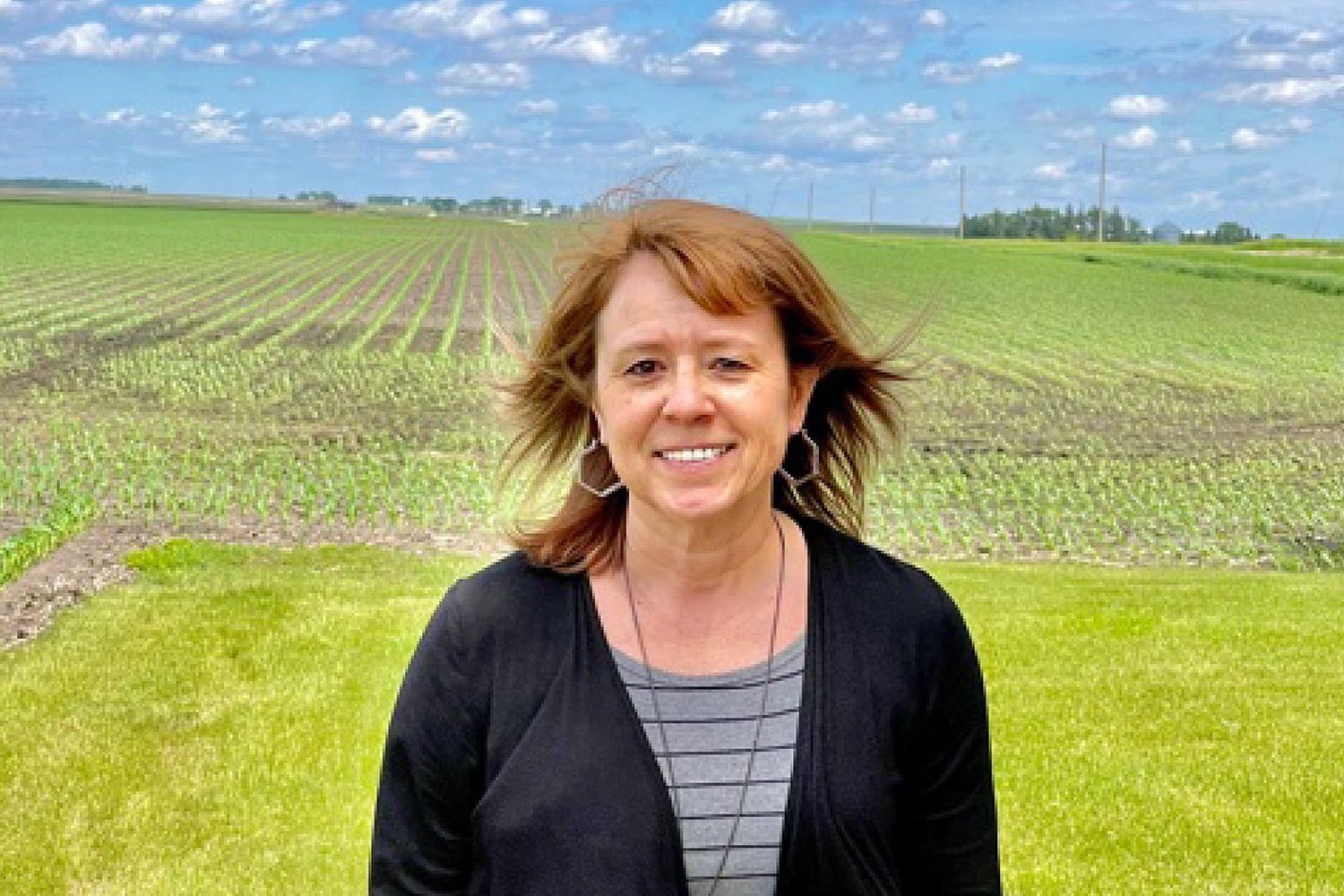 Dawn is the Real Estate Coordinator for Iowa brokerage and Office Manager for MWA’s Iowa office. She has been with the company 28 years. Dawn coordinates advertising efforts for private treaty sales, manages sale closings, and is responsible for escrow account management. She is the point of contact for our farm management tenants and handles farm-level data collection for reporting purposes.

Dawn is a licensed real estate broker in Iowa.