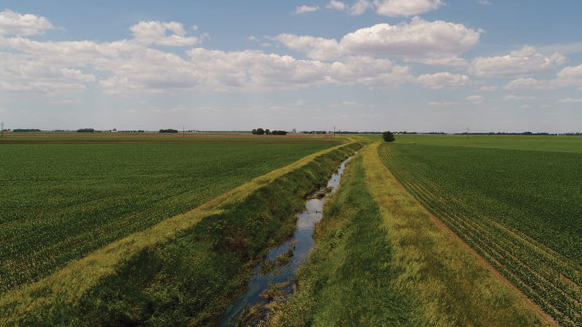 The Clean Water Rule (CWR) was formulated in 2015 by the Environmental Protection Agency (EPA) and the Army Corps of Engineers in an attempt to clarify what wetlands and waterways should fall under the federal government’s oversight. The rule has been a hotly debated topic since its formulation. Many landowners suddenly found themselves with land containing “jurisdictional waters,” although that historically had not been the case. Farmers were one of the groups most affected by the broader “Waters of the U.S.” (WOTUS) definition.

In December, the EPA and the Corps published a proposed rule that would make exclusions from WOTUS and loosen oversight regulations. Among the proposed exclusions to the Clean Water Rule that would give the most relief to agriculture are: ditches, prior converted cropland, groundwater (including groundwater drained through subsurface drainage systems), artificial lakes and ponds constructed in upland regions (such as farm and stock watering ponds) and artificially irrigated and flooded areas (such as rice fields and cranberry bogs).

The proposed definition change was opened for comment on Feb. 14, 2019, and closed on April 15, 2019, and there were nearly 6,800 public comments on the EPA public forum. On May 28, 2019, the U.S. Court for the Southern District of Texas invalidated the expansion of the WOTUS definition. It was determined by the court that in 2015, when the change to the WOTUS scope was made, the EPA and the Corps did not give sufficient time for public notice and comment.

This is an evolving topic that will likely continue to be deliberated, both in the court of public opinion as well as in the courtroom itself.