Paine Wetzel Commercial Real Estate and MWA Capital Advisors are set to sell the former Stanley’s Fresh Fruit and Vegetables property located at the corner of North Avenue and Elston Avenue on Chicago’s North Side at public auction on Tuesday, November 19, 2019 at 10AM at the Crowne Plaza Chicago West Loop.   Ed Wabick, [...]

The Clean Water Rule (CWR) was formulated in 2015 by the Environmental Protection Agency (EPA) and the Army Corps of Engineers in an attempt to clarify what wetlands and waterways should fall under the federal government’s oversight. The rule has been a hotly debated topic since its formulation. Many landowners suddenly found themselves with land [...]

WILL All Day Ag Outlook Meeting 2019

Murray Wise enjoyed discussing the farmland market at the WILL All Day Ag Outlook Meeting at the Beef House in Covington, IN. Murray spoke on a number of current issues concerning the farmland market. A recap of his presentation and a discussion with Daniel Grant of Farm Week can be seen in the article “Gap [...]

A bipartisan bill, the “Family Farmer Relief Act of 2019”, has been introduced in the Senate to make Chapter 12 bankruptcies accessible to more family farms in need of debt relief. Our friends at Saul Ewing Arnstein & Lehr LLP have summarized the advantages this could provide small to mid-sized farming operations as compared to [...] 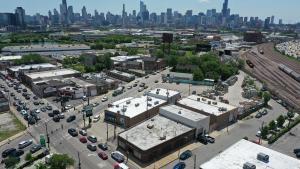 By Eric L. Sarff For my first commentary at MWA, I thought it important to touch on trends I’ve seen recently in the Midwest farmland market and the reasons behind those trends. Trend 1: Midwest land prices have remained steady so far in 2019, despite numerous obstacles for farmers. It remains to be seen what [...]